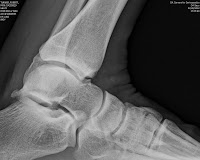 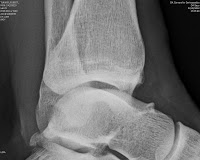 Looking forward to today. I'm up early and ready to race. That would be great if I were racing but I am not. Although I think we made some great progress with my heel/calf this week, I'm not ready to race. I wish I was though,the Cape Ten Miler is a great way to get out there and blow out carbon and see where you are at, so to speak. So I'll be an "athletic supporter" today and go root for my friends and athletes that coach. Jodi and Bailey are coming and Jodi has a new camera. A couple of years ago she got some great shots and I think people really enjoyed having some race photos they didn't have to pay for. Pretty cool. I might bring my road bike and cruise around the course, that way I'll get to see more people and I won't be standing still - HATE that. Not sure yet though. I guess I'll see what the temp is first. So get 'em guys!

Did you know today is Super Bowl Sunday? I wasn't sure you were aware given the limited press coverage this year. Hhehee.. The Super Bowl is a living breathing organism. It consumes the country and I think it's great. I never played football in school as I went to a high school that subscribed to the "we can outfit a whole soccer team for what it costs to outfit ONE football player" theory. I countered that by playing soccer like a football player. My coaches appreciated but I'm not sure the opposition was too impressed. As a result, I never got into football and I don't know the game very well. Sure, I know what's going on but I can't spot a blitz and I get frustrated with all the down time during the games in general. BUT the Suer Bowl is an event, heck the COMMERCIALS are an event! So. I'll watch and I'll root for the Pats and I'll try to avoid pounding 3000 calories into me that will make me hate myself tomorrow. My mother LOVES the game so I'll plan to give her a buzz tonight at about 6:29 just to "shoot the breeze".

AND....The Friday Night Fights. We had a t great time at Maine Running Friday night. I brought some Speed Lab regulars with me and they all did very well. As I mentioned in my last blog I was looking to redeem my effort of two weeks ago against a particular Maine Running employee that likes to get in my grill. It's all in good fun of course but that doesn't mean he isn't on my list of people that I'd like to beat. He "tweeted" earlier in the day that he was "coming after me". I returned fire a few hours later with "sorry it took me so long to reply, I was down at Fitzpatrick Stadium running the bleachers with a telephone pole on my shoulders". As I set the phone down after that one I laughed all the way into Portland. I had to stop at ME Running to drop off my CompuTrainer so I took the opportunity to mess with him a little more. I went in the back door with the trainer and dropped it off. Then I just strolled to the front of the store (he was at the register to my right)and gave him my best game face without saying a word and I walked right out the front door! Hahahah Classic. He didn't know I was headed down the street to grab lunch with a friend and I was in a hurry but it was fun to screw with him. Ah,, fun stuff. Anyway...So we made sure we lined up together to make sure we would make each other good and miserable and we were off. It was a 30 minute TT and it was PAINFUL. My HR was 178-180 the entire time. I pretty much hurl at 182-184 so I was on the edge for sure. I managed to open up a 500' gap on Ryan but he got it back on a climb. Then I got it again and was able to hold it. I don't think there's ever been such a fiercely contested race for 4th place! I was pretty sure Jared was going to tune me up, and he did, but what I was most impressed with was my two athletes David Grover Sr and his 14 year old son David Jr. They both smoked me and I couldn't have been more pleased for them. They have worked hard over the winter to get stronger.

So I beat The Kid. I don't think he had a great night but we'll meet again in a few weeks. We're having a lot of fun with this stuff and it's great winter time competition to keep the juices flowing - especially for an injured runner.
Alright, time to get geared up for SPECTATING. Ughh. I'm looking forward to seeing lots of friends, it's always a good time. I'd love to be out there competing but I'll be back. Promise.
Posted by Bob Turner at 2:21 AM No comments: